It was June, 1909. Grassy Mountain rose steep in front of them as the three men guided their mules cautiously over the rough turf that covered the mountainside. As they reached the open grassland of the top, the instigator of this trip drew in the reins of his mount and sat gazing in disbelief. From all sides, as far as the eye could see, they were surrounded by an incredible dream of misty blue mountains and green valleys made unbearably beautiful by the play of sunlight and cloud shadows falling gently upon the Blue Ridge. To the west, Mount Mitchell, the Black Brother, and Celo: the south, Linville Mountain, Turkey Cove, the valley of the North Fork of the Catawba River, and, in a distance, the South Mountains: to the east and northeast, Table Rock, Hawksbill, and Grandfather; and to the north, almost obscured by the brow of the mountain they were on and by the tops of chestnut trees, Roan. It was hardly necessary for Mr. Clarkson to articulate what was in his mind:”This is the place.”

Thus Little Switzerland was so named because its sweeping panoramas of deep valleys and distant ranges resemble those in the foothills of the Swiss Alps. 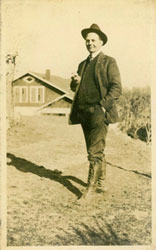 The Hands of Little Switzerland:
“The Staten Home was bought by a family that was to be associated with Little Switzerland for a long time, the E.H. (Harry) Hands, of Orlando, including Mr. Hand, a musician; Mr. Hand (Daddy), a very robust and friendly soul who had been Sheriff of Orange County; Harriet, a stunning beauty who rode horseback elegantly; and Buddy, who married a girl from Penland. The Hands built a small cottage behind the house they had bought.”

Little Switzerland Real Estate- A Godwin Family Tradition
Julian Davis Godwin Sr. was the first licensed real estate broker and developer of the Little Switzerland area in the 1950’s. He was the developer of Strawberry Ridge and built several poplar log homes there that are occupied today in that community. The original North Carolina Real Estate Broker License No.619 belonging to Julian D. Godwin Sr., dated November 5, 1957 hangs proudly in the Timberline office today.

The Tradition Continues:
Jann Godwin has been married to Davis Godwin since 1982; they purchased their vacation home in Little Switzerland on Fox Run Road in 1989. Since 1999 they have made Little Switzerland their full time residence. Jann is the Broker/Owner of Timberline Properties, specializing in real estate in the Little Switzerland area- a Godwin Family Tradition.”There may be new occupants of old houses or owners of new homes; the faces at Geneva Hall or the post office may have changed. But, whether we came to Little Switzerland in 1910 or 1980, we all have in our hearts the misty blue hills, the white clouds over Linville, the play of light and shadow valleys, the passionate love of wildflowers and Galax leaves and hummingbirds, and – always – a feeling of peace and quiet and foreverness when the sun shines down and the”clean winds of heaven” sweep over the mountaintop.” 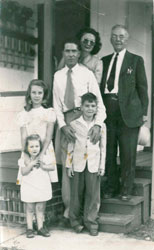 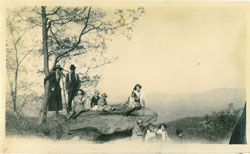 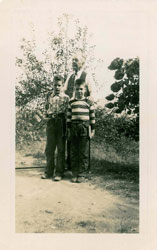 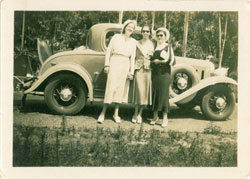 Quotes are from: The Story of Little Switzerland, by Louisa DeSaussure Duls